Evolution Of Sports Law, Football as a Case Study (Part 2) 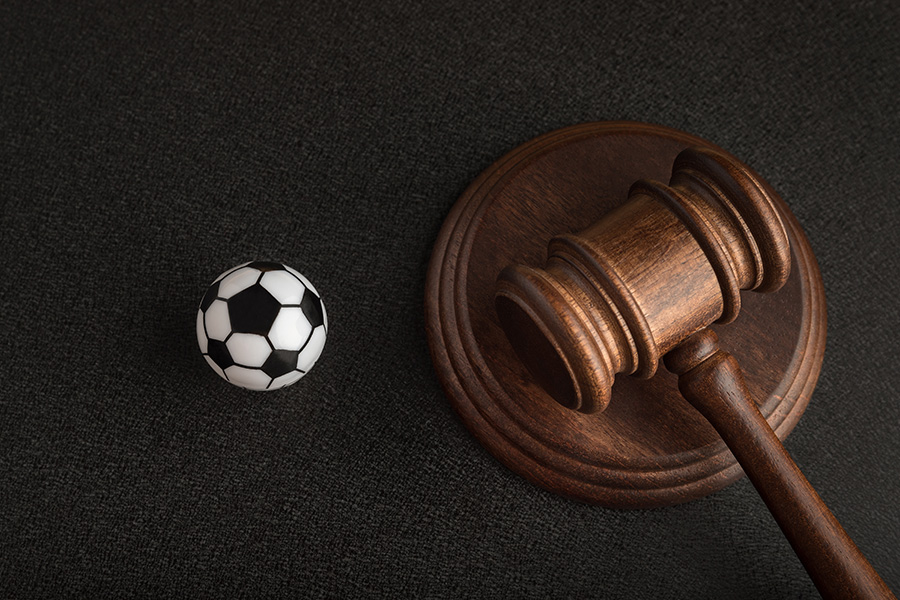 Evolution Of Sports Law, Football as a Case Study (Part 2)

Sports law generally refers to the body of laws, rules, and regulations guiding a particular sport. This transcends the actual sporting activities to life outside the sporting arena. Therefore, in this series, we shall look at how the law has evolved over the years as it concerns football, either on or off the pitch.

In our first series on this topic, we traced the history of football from its inception, then modern football and rules and amendments to the rules as it is today. In this series, we shall be looking closely at the law regulating the relationship between players vis-à-vis the place of the match umpire or referees/players during a sporting event and the law that regulates the relationship between the club owner/ occupant of a sports complex and spectators. Then in the 3rd and final part of this topic, we will look at the law as it affects the business angle of football.

The relationship between athletes:

Like most popular sports, football is a contact sport, that is, it is a kind of sport that involves a lot of physical contact between the players. This is unlike sports like tennis, discus throwing, etc. Therefore, the relationship between athletes which can be segmented into the pre-match, match, and post-match stages is regulated by a set of rules which is enforced just before the commencement of a match, during the match, and immediately after the match by a group of referees led by the centre referee for the entertainment of the spectators, the protection of the players and the safeguarding of the investments of the investors in the game of football.

The centre referee in a football match ensures that the players keep to the rules of the game. For instance, a player is forbidden from handling the ball while the ball is at play apart from the goalkeeper who may only handle the ball within his 18-yard box. It is the duty of the referee to penalize any player who violates this simple rule. The penalty which results from the violation of the rule can make the difference between the winning and the losing team. This impact escalates to both the spectators and the investors, as a losing team may lose followership as well as funds that come by way of investment into the team.

The rules also empower the centre referee to take action against team officials who fail to act in a responsible manner and warn or show a yellow card for caution or a red card for a sending-off from the field of play and its immediate surroundings, including the technical area; if the offender cannot be identified, the senior coach present in the technical area will receive the sanction. This power is exercisable by the referee even immediately after the match. This means that the referee may still caution a player or even a member of the coaching crew by the show of a yellow card or even penalise with a red card for an infraction committed immediately after the blow of the final whistle by the referee.

The relationship with spectators or fans:

Unlike the athletes, the spectators or fans have a different set of rules governing their participation in a game of football.

Although the centre referee may not have direct control over the spectators, he may indirectly control the behaviour of the spectators or fans in a situation where they become so unruly that it becomes difficult for the match to continue, for instance where the fans invade the pitch or throw objects at players in a manner that can cause injury to those players. In that instance, the referee may stop the match and refuse to restart the game until he considers it safe enough to continue and if the game could no longer be restarted, the referee can call off the match at that point.

Further, under FIFA stadium safety and security regulations, in certain situations where it is deemed that the behaviour of fans can infringe on the safety of both the players and the officials during a football match, it may be ordered that a match be played behind closed doors, that means the Football Authority will not allow any spectator inside the stadium to watch the match.

However, in a situation where a spectator is injured as a direct result of the game on the field of play. For instance, where a ball hits a spectator with such impact capable of causing him/her serious injury or where the ball lands among the spectators and where multiple fans struggle to take the ball for keeps as a souvenir, occasioning injuries to a spectator, can such spectator recover damages against the owners of the sports arena for injury caused?

Following a long line of incidence of this nature, where the ball goes out of play to hit a spectator or fan, causing him/her serious bodily injury, or a spectator simply sustain an injury while enjoying sporting activities, the courts have had to decide at what point the owners of the stadium or sports facility operators would become liable in tort to the spectator. The circumstances can be summarised under the following heads:

This article is for information purposes and is not intended as a legal opinion or advice on any issue. Therefore, any usage of this article must be with the proper legal guidance as the position of the law may have changed.